Plastikos, able to be a shape. It’s named Plastic.

It has its own Dna, her (chemical) language, its (human) nature.

In World stage, Plastic has established herself as our 5th element. It is contemporaneity. It’s innovation. It’s a deep way to match new frontiers of knowledge with serial manufacturing processes. In its nature Plastic is the tangible horizon of progress.

Things do not exist if we have no words to name them.
The list of plastic items is an endless game. It’s (almost) all of plastic, except what’s in Nature: air, earth, water, fire. Its presence is embracing: it has a feeling with necessities, behavior, human style.

Its malleable nature, leads us to think that Plastic is the writing of life; come into the world from human curiosity and fantasy o present itself throw objects, instruments, components that change and accompany our actions.

SWe say “it’s made of plastic“. Every plastic object in its alphabet has its own gender value its own essence. There’s plastic and plastic we could say, each one specific for a function, for a specific target.

So, who works with plastic – on innovation and molding processes of plastic, is a kind of coach, a guide, a trainer, requiring the Product higher and higher performances.

In its strong identity, in its high performance characteristics, Plastic stays as a live element in the World. DIOMA team, with its strong competences and motivations, stays Next to You to put in the field the New, Innovation. 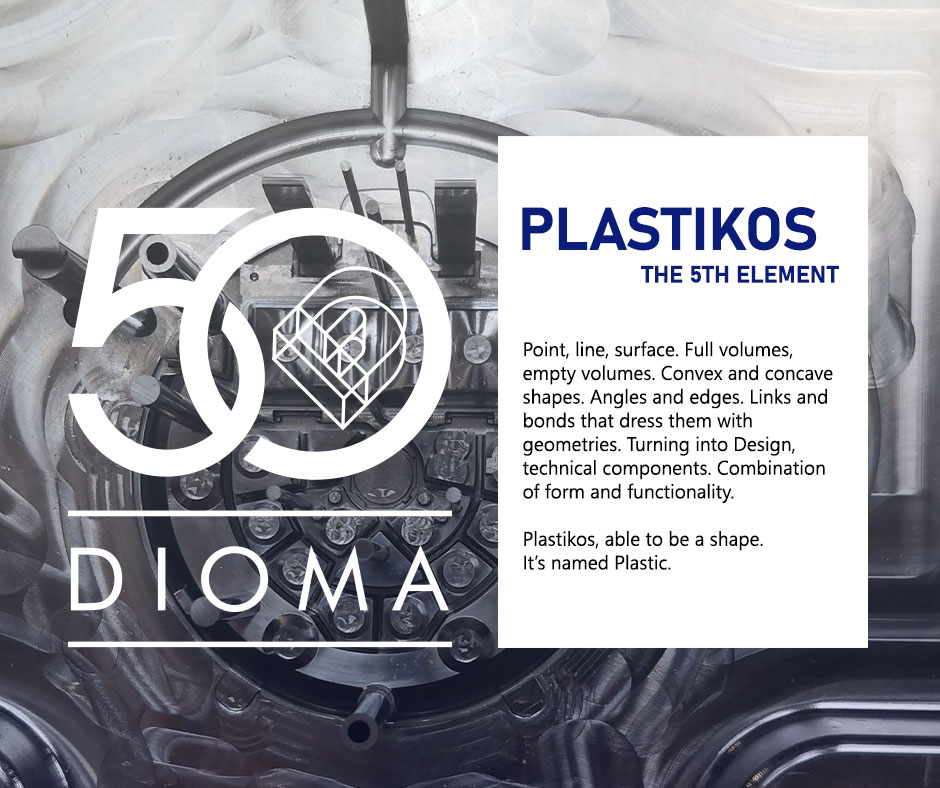